5 118 277 visitors
A unique team driven by a sincere passion
Working with our team is joining a family of passionate professionals who have been making a difference for more than 30 years.

A resident of N.D.G. since 1963, Serge began his career in real estate in 1987. With his ability to communicate in five languages, (English, French, Arabic, Italian and Armenian), and natural ease with individuals from all walks of life, Serge continues to serve a satisfied and varied clientele in N.D.G. and surrounding areas.

Over his 30 year career, Serge has been the recipient of a number of professional attestations and awards that reflect his in-depth knowledge of real estate and the marketplace, including Royal LePage’s elite National Chairman’s Club Lifetime award, the Director’s Platinum Award (since 1997), and Diamond Award. However, Serge’s greatest success is reflected in the number of repeat and “next-gen” clients and referrals that form the lifeblood of his business and testify to his integrity, trustworthiness and professionalism.

A father of two, passionate about tennis, and active in his community, Serge’s knowledge and love of houses come in part from his father, a successful architect. His ease with people is the legacy of his approachable and gregarious mother, complemented by his international upbringing.

A resident of N.D.G. since 1985 and real estate broker since 1996, Manon brings an in-depth knowledge of e-marketing technology to her partnership with Serge, along with a modern approach to client service and satisfaction.

An accomplished broker in her own right, Manon has been admitted to Royal LePage’s elite Chairman’s Club every year since 2010. With an average of 100 real estate transactions closed annually, Manon’s organizational skills and marketing savvy are critical to her and Serge’s shared success.

As Serge’s spouse and closest business partner, Manon continues to be a key contributor to ongoing client satisfaction and driver of new and improved approaches to the business of real estate. 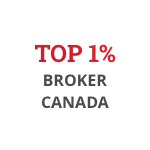 Represents the Top 1% out of 19,300 Royal LePage brokers in Canada at the close of the business years, since 2001. 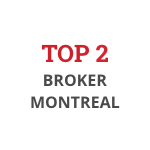 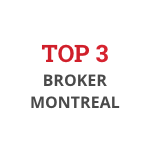 Ranked TOP 3 since 2010 amongst all Montreal Royal LePage brokers.

In Real Estate since 2005, Patricia Le Gall has been the first Buyer’s Broker to join Serge Gabriel and Manon Sénéchal’s Team. Her in-depth knowledge of the housing market and the neighborhoods, combined with her energy, patience and her ability to effectively understand the client’s needs, make searching for a new home with Patricia an unforgettable experience.

Alex has worked in consultative sales for his entire career passionately helping people find the right solution in a timely manner. He's known for his personal touches and constantly putting his clients' best interests at heart. Alex believes that his duties are not only to represent his clients, but also to educate them throughout every step of the process so that they can make the best decisions possible. He's developed a passion for the intricate architectural details found in early 20th-century homes.

Komal joined Serge & Manon’s administrative team in May 2020. Having always been passionate about the real estate world, she then embarked on her real estate career. Her background in Finance allows her to understand the importance of this crucial transaction and will ensure the optimal value for money for her clients. Komal focuses on helping clients navigate the often-challenging waters of the home buying and selling process, resulting in finding her clients the right house at the right time. An unforgettable experience awaits!

Nina brings over 25 years of experience as a legal secretary to notaries. With a passion for her role, Nina’s coordination is essential to realizing the team’s goal of “unparalleled focus”. Dynamic and conscientious, Nina’s energy and attention to detail are important contributions to our clients’ satisfaction.

After graduating from St. Francis Xavier University in psychology, Rebecca found herself absolutely passionate about the real estate world. She joined Serge and Manon’s administrative team in May 2020 and was convinced right away. She prides herself in her professionalism and dependability. Customer service, correspondence, coordinating showings and most importantly always being available for clients is her forte. Rebecca loves being part of the team and is currently working on obtaining her real estate license and will soon be ready to address all the needs of her clients